The Garments of a Woman's Day

The Triangle Shirtwaist Factory: The Garments of a Woman's Day will take you through the day of a New York City seamstress during the 1910s by looking at her clothing.

Tragedy in the Garment Industry: Fire in 1911 New York City

On Saturday, March 25, 1911, 500 male and female employees of different ages busily worked in the Triangle Waist Factory rooms on the 8th to 10th floors of the Asch building in Manhattan. Most of the garment workers at the factory were Jewish and Italian female immigrants who spent long, ten to twelve hour days sewing shirtwaists, or delicate white blouses that were popular in the early twentieth century. These garment workers faced exploitation and poor working conditions that mobilized New York City’s labor unions and amplified the tragedy that is known as the Triangle Shirtwaist Factory Fire.

Travel back in time to New York City in 1911 with this travelogue video shot by the Swedish company Svenska Biografteatern.

At 4:40 p.m., just before closing time on March 25, a fire broke out in a scrap bin on the 8th floor of the factory. Panic erupted as garment workers tried to flee. Within 25 minutes, 146 people died, most of them young women. Factory conditions were poor; the fire escapes collapsed in the rush to flee the burning building. Factory managers had locked the 9th-floor doors, a common sweatshop practice to limit theft and much-needed breaks. The 146 young Italian and Jewish women either died from smoke inhalation, or they jumped from the 9th floor to their deaths rather than being burned alive, a horrific tragedy witnessed by people on the Manhattan streets below. You can view details about the young women who died here.

This online exhibition, drawn from the Fashion Archives & Museum of Shippensburg University collection, is a visual representation of the clothes that a female garment worker wore throughout her day in 1911. The young women who died in the Triangle Shirtwaist Fire were diverse in age and background, but the clothing these young women slept in, worked in, and lived in tied them together. An understanding of garment workers’ daily lives through clothing brings us closer to visualizing their lives beyond the tragic moments they are most often remembered for.

Before sleeping at night, working-class women changed into nightgowns. These nightgowns were often white cotton or silk with delicate details, such as the pink ribbons, lace, and embroidered “MD” on this nightgown worn by Edith Potts Meredith Hershey (S2011-15-028, donated by Morefield). Women wore stockings and slippers for extra warmth, such as these hand-crocheted slippers made of bright pink wool. The brand name “Korkers” appears on the soles (S2013-28-001, donated by Potts). In chilly March, working-class women layered on blankets and slept beside their siblings, roommates, or partners for warmth. 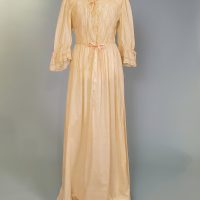 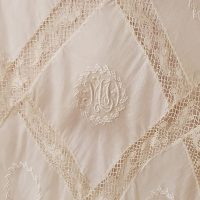 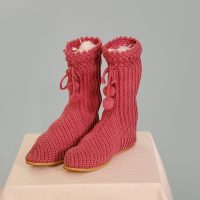 The Morning Undergarment Routine: So Many Layers!

On the morning of the Triangle Shirtwaist Factory fire, the young women prepared for another day’s work. In 1911, a woman wore several different layers of undergarments beneath her outerwear. 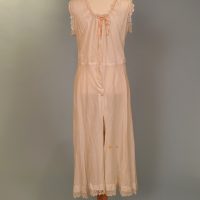 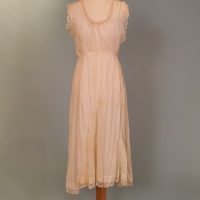 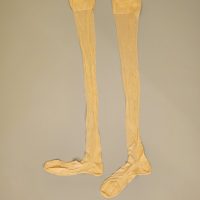 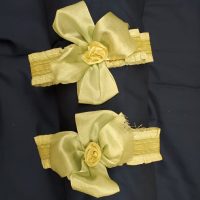 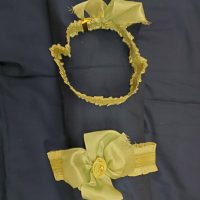 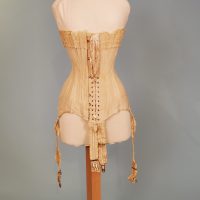 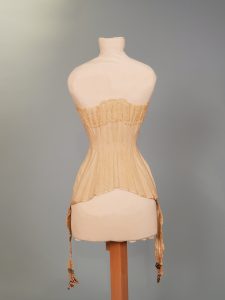 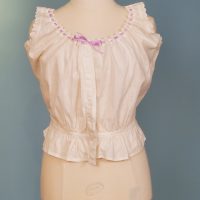 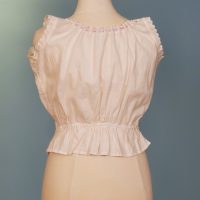 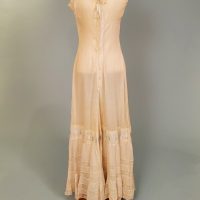 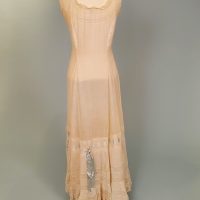 Employees at the factory worked ten hours a day, six days a week, with an hour break for lunch. Workers did not receive an hourly wage and were instead paid by the piece. Since more pieces finished meant more money, speed mattered. Most women were paid about $6/week for their work.

Pauline Newman, a Lithuanian immigrant, recalled her time working at the Triangle Shirtwaist Factory and what her wages were like in an interview:

“But you see hours didn’t change. The hours remained, no matter how much you got. The operators, their average wage, as I recall – because two of my sisters worked there – they averaged around six, seven dollars a week. If you were very fast – because they worked piece work – if you were very fast and nothing happened to your machine, no breakage or anything, you could make around ten dollars a week. But most of them, as I remember – and I do remember them very well – they averaged about seven dollars a week. Now the collars are the skilled men in the trade. Twelve dollars was the maximum.”

Even for a day of work in a factory, style mattered. Two outfits were popular among working class young women: a blouse and skirt combination, or a dress.

Women chose to wear a blouse and a skirt with a coordinating jacket (S1984-51-022b, donated by Johnston). It was not uncommon to see high, fitted collars on blouses as well (S2010-01-098, donated by B. Glover). Blouses like the one shown below were worn tucked into the skirt. 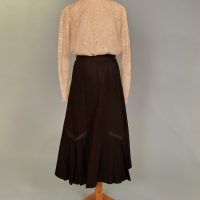 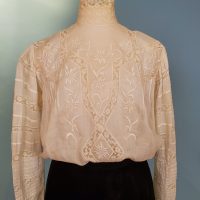 Some women opted for a dress rather than a blouse and skirt combination. This dress was called a “tub frock” because it was able to be washed. The fading on this particular dress was caused by frequent and harsh laundering (S1981-30-010, donated by Barron). 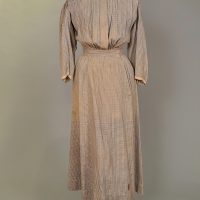 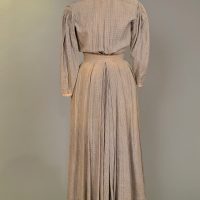 Whether a woman wore a skirt or a dress, pointed-toe boots with a two-inch heel were the shoe of choice, even for a long day of work (S1991-45-747, donated by D. Darnell). Accessories like wide-brimmed hats finished off any look. The top of this hat has scrollwork patterns done in a gold cord to add visual interest (S1984-14-002, donated by Haller). 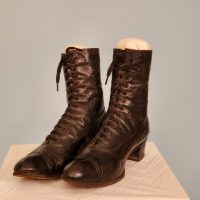 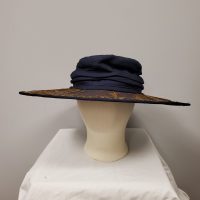 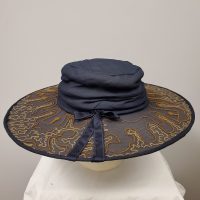 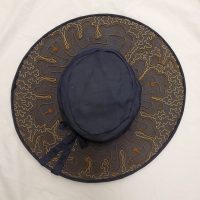 An Evening To Remember

When the garment workers left the Triangle Shirtwaist Factory for the evening, their day was not over just yet. Like the average working woman of today, a working class lady wanted to unwind from a long, hard day at work. Women during this time needed an outlet that allowed them to socialize with others, both men and women. These working women visited social clubs, Coney Island, cheap theaters, amusement parks, excursion boats, picnic grounds, and dance halls to have an enjoyable evening out. Out of all of these activities, the dance halls were quite popular for these young women.

Going out for a night of dancing was an important social event for working class women. Many of these women were immigrants or children of immigrants. Their families were interested in marrying them off to men from a similar ethnic background. However, dance halls were places that did not adhere to ethnic enclaves like that of many neighborhoods in New York City. The women who attended dance halls were often under twenty years of age, with some as young as thirteen. Most of the male dance partners were normally slightly older than the ladies.

Dance halls were not only places where ladies could socialize; they were also places to experience dance culture. Dance culture of the 1910s involved understanding the newest dance steps, ballroom etiquette, drinking customs, and clothing style. Looking at the clothing style, in particular, reveals an important part of the women’s evening. Clothing for the young, working-class women in 1911 was a way to show off their notions of respectability, allure, independence, and status. However, the average working-class woman was not attending these dance halls dressed to the nines as many might think. These ladies wore their best dresses that they owned. Many saved up to buy imitation clothing, shoes, and accessories to help them feel as though they were a part of the upper-class. Many of these ladies wore dresses such as the one shown below (S1982-64-072, Donated by William Penn Memorial Museum), along with boots similar to the ones in the previous section. These ladies did not always have the option to color coordinate their shoes with their clothing and would wear the best of what they owned. 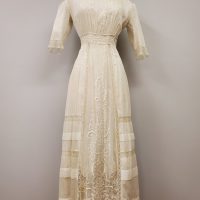 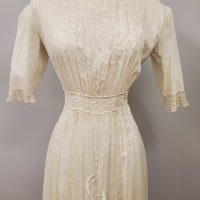 Once the ladies were ready for their night out on the town, they headed to a local dance hall for an evening to remember. And remember they did! One of the items that young women received at the dance halls were evening dance cards. Dancers used these cards to know what the dances of the evening would be. Dancers also used these cards to keep track of who their dance partners were for the evening. A young woman recorded the names of who her current and successive partners would be. Here are some dance cards from the 1910s (Courtesy of  Dr. B. & Dr. K. Bohleke). 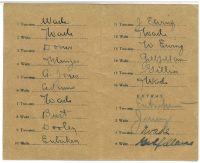 During the 1910s, the foxtrot and the waltz were some of the most popular dances at dance halls. Other popular dances were often prohibited. Those that were prohibited were the tango, viewed as a very intimate dance, and animal dances. An example of an animal dance, the “Grizzly Bear,” is shown in the video below. Animal dances allowed for ladies and gentlemen to get up-close and personal with one another in a social setting.

The 146 young women who died on March 25 in the Triangle Shirtwaist Factory Fire lived busy, hard-working lives in the clothes they wore. This representation of their clothing provides a look into intimate moments of their day, from tightening their own corsets to lacing their sturdy boots before walking to work. The Triangle Shirtwaist Fire shocked and horrified residents in New York City and across the United States. The fire highlighted the importance of fire safety; if the factory would have had proper fire escapes and exits, more lives could have been saved. Following the tragedy, garment workers like Clara Lemlich and labor union leaders like Rose Schneiderman continued organizing to advocate for women’s rights and workers’ rights. By looking at the clothing of regular women in 1911, who might have one day become Clara Lemlich and Rose Schneiderman, we can visualize them in their daily lives as they dressed, worked, and played. 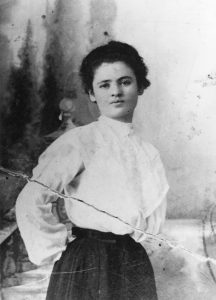 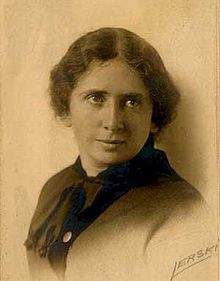 “Animal Dances” by The History Channel

Report on the Condition of Woman and Child Wage Earners, 1912

How to Read a Dress: A Guide to Changing Fashion from the 16th to the 20th Century, Lydia Edwards, 2017